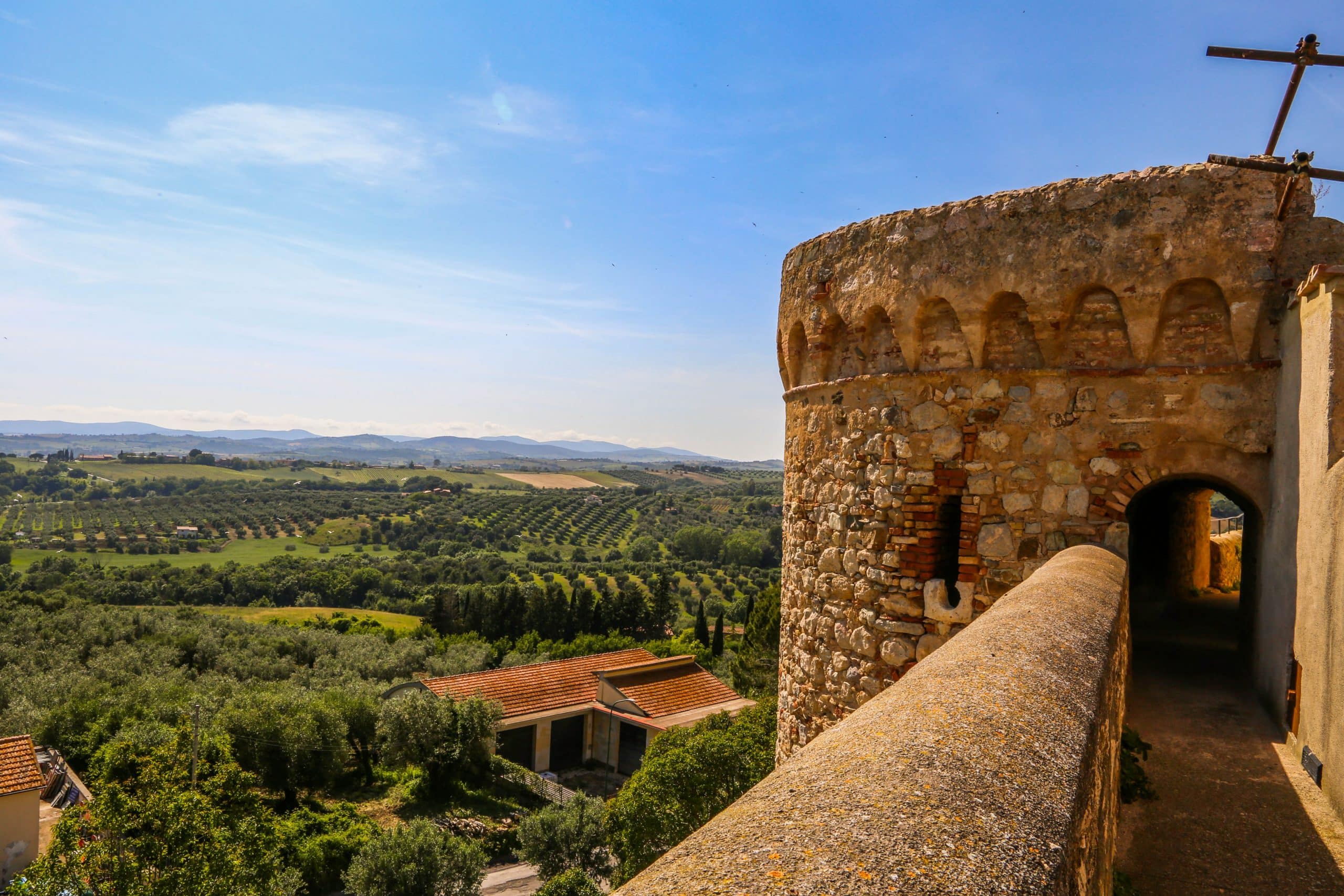 A WEEKEND OF HISTORY AND GOOD WINE IN MAGLIANO AND PERETA

Two medieval jewels frozen in time and located in the Maremma hinterland, the birth-place of Morellino and the custodian of centuries-old buildings.

The heart of the Grosseto Maremma beats with history and views of enchanting beauty. In this splendid context rise Magliano in Toscana and one of its hamlets, Pereta, two places permeated with a unique and genuine atmosphere, where time seems to stand still.

There are many Etruscan settlements in the area but the two villages are characterised by their medieval legacy as they exquisitely keep hold of their centuries-old appearance.
The historical centre of Magliano, Italy is still today surrounded by the city walls built under commission by the Aldobrandeschi family who exercised their power over these lands in the 14th century; it was completely restructured under the subsequent Siennese dominion at the beginning of the Renaissance and today is one of the most complete fortifications of the Maremma territory, it can be visited in its entirety with a very pleasant panoramic walk looking over the enchanting surroundings.

The walls contain striking historical palaces, churches and parishes of Romanesque origin, as well as interesting museums such as the Archaeological Documentation Centre which conserves findings from the surrounding area and reconstructions of aspects of life during Etruscan and Roman times; the characteristic alleyways are brought to life by rows of typical restaurants satisfying the eyes and the taste buds with their ancient traditional dishes.

But there are also many places worth a visit outside of the walls, too, such as the numerous archaeological sites dating back to Etruscan times, including the accessible Santa Maria in Borraccia and Cancellone necropolises. A couple of kilometres from the town centre you can find the fascinating ruins of the San Bruzio Monastery, a smaller but no less charming version of San Galgano in the far south of Tuscany. The church was built in around 1000 AD by Benedictine monks and has similar architectural details to the nearby San Rabano, and ancient abbey conserved in the wild nature of the Maremma Regional Park.

Magliano in Toscana and Pereta are surrounded by the splendid Maremma countryside which a short distance away gives way to the green highlands of the Monti dell’Uccellina hill range, protected for their naturalistic value by the Maremma Park and the perfect destination for wonderful walks.

The fortified village of Pereta nestles in the rock around ten kilometres from Magliano, along the road to Scansano. As closed in as it is enchanting, it is a medieval jewel that was an important military centre thanks to its strategic position along the road that connected the coast with the mountains. Pereta still has many of the buildings from its past such as the imposing gate – the crenellated Porta di Ponente – and is dominated by the Clock Tower, a defensive tower standing almost 30 metres tall.

Wandering its traditional alleyways, the almost surreal atmosphere is that of distant times; crossing the threshold you find yourself thrown into the era that made this village a treasure trove of history which has reached us today surprisingly intact, under the passage of the pilgrims who used to travel this land during the Middle Ages.

Beyond the Maremma coast, Magliano in Toscana and Pereta are unmissable weekend destinations to immerse yourself in the most fascinating history, good food and excellent wine in the very land in which the famous Morellino di Scansano DOCG was born.

What to see in Magliano in Toscana and Pereta:

Council of Magliano in Toscana : http://www.comune.magliano-in-toscana.gr.it/

Hot to get there: