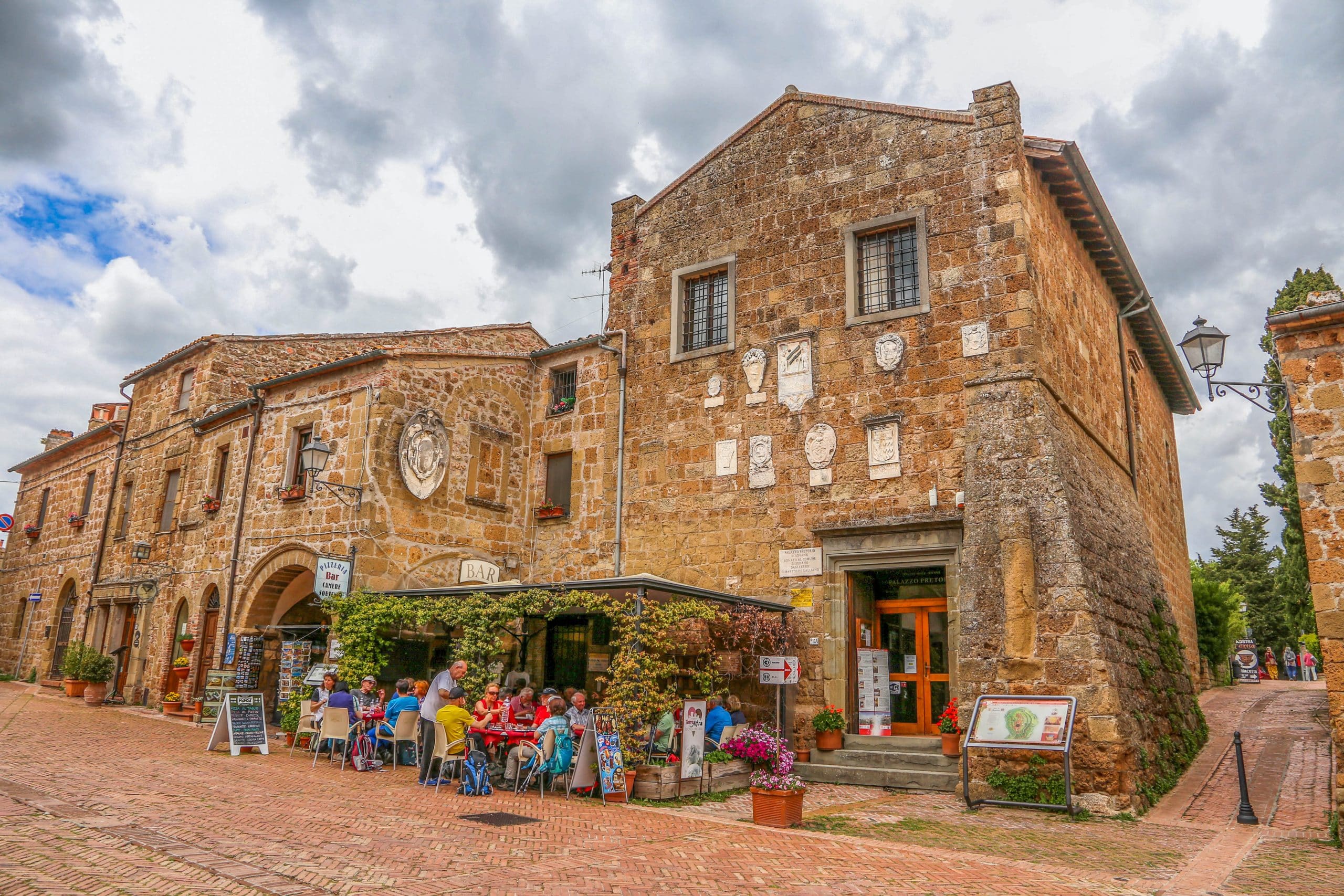 SOVANA AND ITS ETRUSCAN NECROPOLIS

In the heart of the Maremma discovering ancient Etruscan civilisation in one of Italy’s most beautiful towns.

The medieval village of Sovana stands in the enchanting tufa area of Grosseto’s Maremma. It is known as the Aldobrandeschi birthplace of Pope Gregory VII, but above all as an Etruscan centre of great archaeological importance; together with Sorano, of which it is a hamlet, and Pitigliano, it is part of the enchanting Città del Tufo

As soon as you cross the threshold you are welcomed by the monumental ruins of the Rocca aldobrandesca; built around the year 1000 AD on a previous Etruscan-origin complex, this fortress bears witness to the power of the Aldobrandeschi family who dominated the entire area at the time.

A visit to the village continues naturally along the main street, between characteristic houses adorned with plants and flowers, finally reaching Piazza del Pretorio. This is the heart of the historical centre, with bars and restaurants of the most authentic flavours, ideal for an oenogastronomical break and to sample the local DOC Sovana red wine.

The square is also surrounded by historical buildings such as the Palazzo dell’Archivio, the Palazzo Pretorio and the late-Romanesque church of Santa Maria; it is also home to the San Mamiliano Museum which, as well as significant finds uncovered in the area, also conserves a monetary treasure discovered in 2004 which can be dated back to the 5th century AD, exceptional for the number of coins recovered and of the emperors represented thereon. Strangely, the cathedral stands on the very edge of the town: the Sovana Cathedral is one of the most important examples of Gothic-Romanesque style in Tuscany.

But it is as we leave the town that the most archaic history is revealed in the testimonies of the Etruscans and pervades the territory with a unique atmosphere. In fact, about one kilometre away, we find the Etruscan necropolis, the site of many sepulchral monuments such as the tomb of Ildebranda, of the Typhoon, the Wingèd Demons and the Mermaid.

Immersed in nature, the necropolis is also made up of spectacular vie cave: roads dug into the tufa rock with very high side walls which were part of the ancient road network and which in Sovana can be seen at the best, as shown by the via cava of Poggio Prisca, San Sebastiano and the Cavone.

These traces of Etruscan civilisation are of great importance from the archaeological, historical and natural points of view. They come under the protection and organisation of the Città del Tufo Archaeological Park, which also covers the areas of Sorano and San Quirico, which also includes the “lost city” of Vitozza.

You can visit the necropolis of Sovana for a very measly amount: you can even ask for a single ticket costing € 8 which gives you access to all cultural property of the area covered by the park, including:

WHAT TO SEE IN SOVANA: